This page cannot be displayed in Internet Explorer 11 or earlier versions!
Please use a more modern browser, such as Microsoft Edge or Google Chrome.

A lot has happened at Elektro Bachner over 100 years of the company's history. We have always been guided by the latest developments in technology. Our progress has always been driven by our employees, who have ensured that there is so much to tell of the Bachner Group's history. 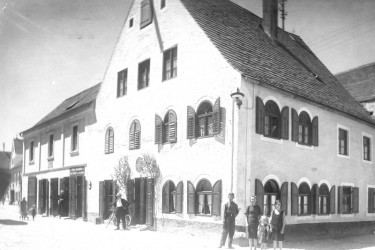 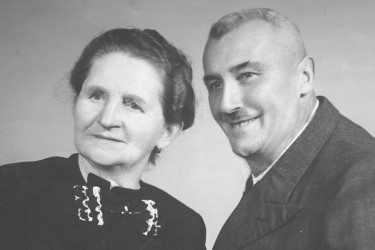 Hans Bachner buys a building on "Am Graben" in Mainburg – finally more space for storage and workshops! 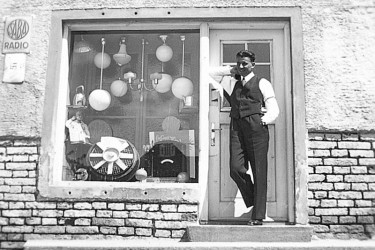 The "Am Graben" building is extended to include a workshop for motor winding. 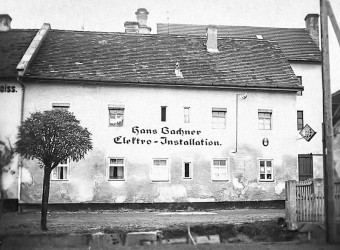 Hans Bachner, Jr. takes over the running of the company with his wife Ulla.

Hans Bachner Jr becomes a soldier and the parents run the business with daughter-in-law Ulla.

The company founder's sons, Alois and Max, are killed in the war. Hans Bachner, Jr. survives. In the same year, his son is born: Hans Bachner.

Following the shortages of the post-war years, Elektro Bachner is once again on a steady upward path with its store, installation orders, and motor winding. 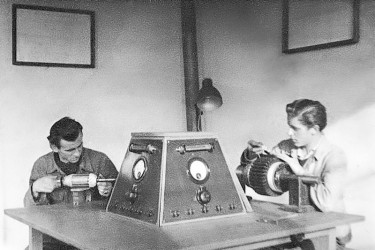 A prestigious commercial building is built on Mainburg's Bahnhofstraße. It offers a large exhibition area, offices, and spacious workshops.

Interview with Hans Bachner at the International Radio Exhibition, Düsseldorf.

Over the course of the decade

The number of employees increases from 17 to around 30. The service area expands to the southern Bavarian region and the business develops with the country's increasing electrification. 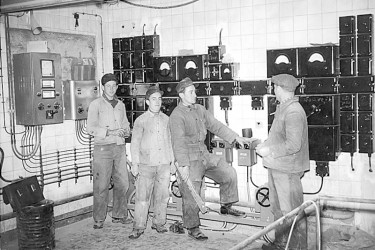 The company grows steadily. Another floor is added to the warehouse in the rear of the building and the sales and office space are expanded in Bahnhofstraße. 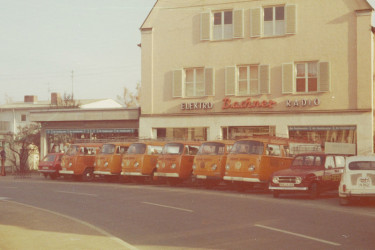 Hans Bachner, the grandson of the company founder, marries his wife Gabi and joins the family business. Two years later, their son Hans is born.

Increasing demand and more and more orders from the greater Munich areas of Ingolstadt, Landshut, and Freising. 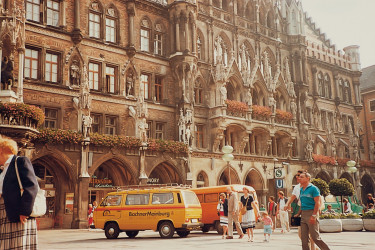 The company's fiftieth anniversary with a picture featuring four generations.

Company founder Hans Bachner dies at the age of 88.

A boom in consumer electronics. A Hi-Fi studio with a record department is created.

Over the course of the decade

The Installation Division begins a successful business relationship with Bayerische Motoren Werke at the Dingolfing site.

At the same time, the company's own switchgear construction department becomes a permanent part of the company.

The business premises, offices, and workshops in Bahnhofstraße are redesigned and the first version of today's logo is developed.

The company moves into 40,902 square foot premises in Mainburg, which remain the headquarters to this day at "Am Hang".

Hans Bachner, son of the company founder, dies at the age of 80.

The automation technology division is established.

Quality management is introduced and ISO 9001 certification is acquired.

A joint subsidiary is created from the long-standing partnership with HISTA OHG: HISTA Bachner Elektro GmbH in Obertraubling.

Hans Bachner, the great-grandson of the company founder, is appointed as an additional managing director and runs the company together with his father.

The Dingolfing branch building is built and the business areas switchgear construction, data technology, and automation technology are expanded.

A registered branch is established in Steyr, Austria.

Volthaus GmbH is founded and construction takes place on the associated building for regenerative energies, with focus on the sale and installation of photovoltaic systems. Sabine Bachner takes over management of the company.

The Oberschleißheim branch is established to serve the greater Munich area locally. 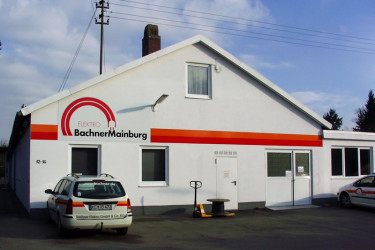 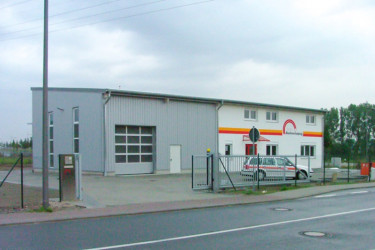 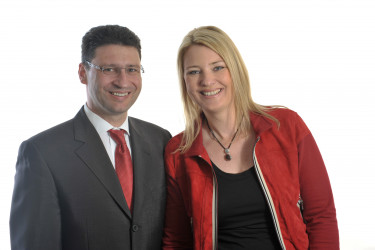 The 100 employees in Oberschleißheim move into a newly built branch building. The company celebrates the inauguration along with the 90th anniversary of the company. 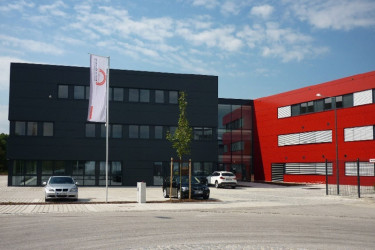 The building at the Landshut site is inaugurated.
For the first time, Bachner trains more than 50 young people.

The employees in Ingolstadt move into the newly built branch in January.

In June, the company celebrates the inauguration in Ingolstadt along with the 95th anniversary of of the company. 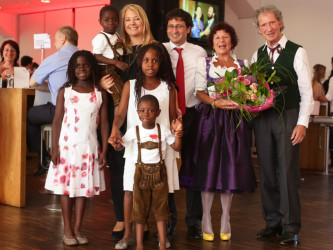 In September, the inclusive company childcare center "Igelbau" is opened in Mainburg.

The renovation work is completed in the summer. Employees at the Mainburg headquarters now have sufficient space in the new, prestigious corporate building.

With a majority shareholding in Elektrotechnik Uwe Kunzmann GmbH in Zwönitz, a new member joins the Bachner Group.

The Steyr branch moves into a newly renovated branch building in January.

In April, the Bachner USA team moves into larger premises with warehouse facilities in nearby Greer.

100 years of Elektro Bachner. A reason to celebrate. We are proud of what we have achieved together. Real teamwork – across generations.